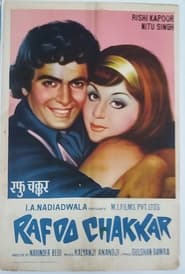 Overview： After witnessing a murder, musicians Dev (Rishi Kapoor) and Salim (Paintal) dress as women and flee with a girl band to avoid the killers’ wrath. Soon, Dev falls for fellow bandmate Reetu (Neetu Singh), but his disguise makes it impossible for him to reveal his feelings. When he discovers that Reetu desires a rich man, Dev devises a second disguise, as the wealthy Esso. Madan Puri and Anwar Hussain co-star in this Indian take on Some Like It Hot. Enjoy unlimited entertainment with the whole family at no charge, here at DivxFree divxfree.com...