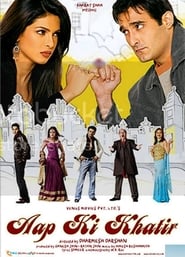 Overview： Widowed Arjun Khanna lives a wealthy lifestyle in London, England, along with his daughter, Shirani. He decides to re-marry widowed Betty, who also lives in London with her daughter, Anu. Years later both daughters have grown up and are of marriageable age. Anu has fallen in love Danny Grover, and both are expected to marry soon. Enjoy unlimited entertainment with the whole family at no charge, here at DivxFree divxfree.com...