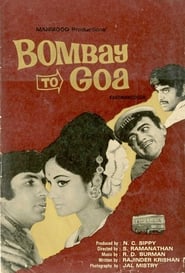 Overview： The lives of Atmaram and his wife are turned upside down when they see their daughter, Mala’s pictures in a magazine. They arrange for Mala’s marriage with the son of Ramlal. Mala is opposed to marrying anyone who she has not met, and is at the same time thrilled that the two persons she trusted, one Sharma, and the other Verma had actually submitted her pictures to a magazine, and were now willing to sign her up for a Bollywood movie. Mala is not able to understand her parents’ opposition on her way to fame, and runs away from home with a lot of money to Goa. Enjoy unlimited entertainment with the whole family at no charge, here at DivxFree divxfree.com...